The wheel goes round and round, where it stops no one knows. This line has been a tangent to the classic wheel of fortune games for almost as long as they’ve been around. But where the needle lands on the wheel is crucial and when the prizes in the mix are as gloriously large as they are here, it matters even more. This game however doesn’t focus purely on the wheel in question, instead it starts out as basic slot game and transcends into a wheel oriented game as an additional bonus. So whether it’s an online slot or the prize wheel that excites players they will be able to find it all here in this winning slot game.

Five reels and five paylines doesn’t set this game apart from many other slots online. However it isn’t the reels or paylines that is intended to be remarkable. Instead wheel of fortune focuses on their great betting diversity and fantastic bonuses with lucrative winning potential. In respect to the design, this slot holds true to the prize winning game styles of old with bright colours and lights. The symbols of the game represent classic items won at these events including cars, holidays and other fanciful goodies. The tune played throughout again reinforces the prize game feel with flamboyant effects for spins, wins and bonuses.

Something for All Players

The betting range available on this game enables all types of players to have a wager or two. Wheel of fortune manages this despite its minimal number of paylines by offering a wide range of coin size, over 700 possible winning combinations and an enticing maximum jackpot of half a million times coin size. Players can win by aligning same symbols both from left to right and right to left which makes the five paylines feel like so much more. But this online slot would be very standard were it not for the big bonus bundles available. 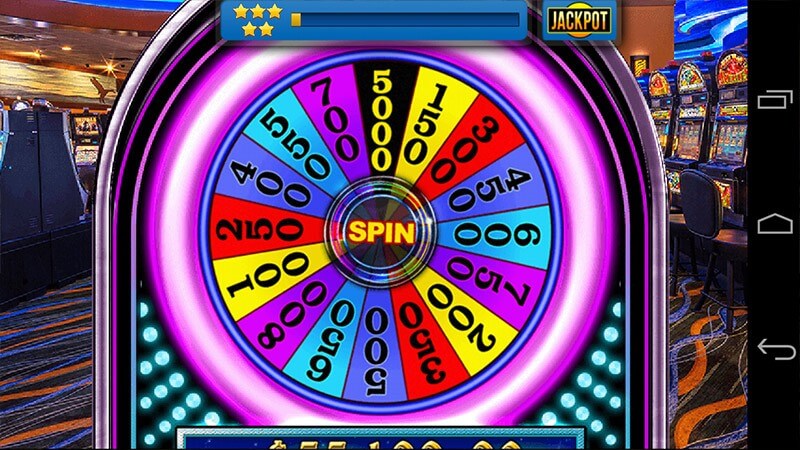 Bonuses to Set it Apart

Firstly this game includes a wild multiplier, represented by the wheel of fortune symbol, which can substitute in for any other symbol except the scatter symbol to form winning combinations and then doubles the wins from it. Next symbol to look out for is the scatter symbol which when it appears three or more times on a payline generates spinning prize wheels which each can score further combinations. The best bonus however is the extreme spins bonus game which activates with three or more bonus symbols on the reels. Players will then find themselves transported to a game show like scenario where three reels will begin spinning. The yellow wheel dictates the multipliers of the bonus prize while the other two, blue and red, decide the credits won. Players will then pick an envelope with a puzzle game theme and the wheels will slow to a stop awarding the prized outcome.

The wheel of fortune has been a time honoured game for more than one reason and players familiar with it will understand why. To those players yet to try this online gaming marvel, join the club today and start spinning those lucrative wheels.