Molly’s Game released in 2017 features Jessica Chastain in the lead. Based on the 2014 memoir written by Molly Bloom, it focuses on the true story of Molly, an Olympic skier who due to an injury had to give up the sport.

She became a PA to a rich business mogul where she began managing his poker nights. Bloom is eventually under investigation for an underground poker empire supported by celebrities, business owners and without her knowing, the Russian Mob. The film earned Jessica Chastain a Golden Globe nomination for Best Actress in a Drama.

The History of Gambling

Atlantic City (1980) stars Susan Sarandon and Burt Lancaster, set in a time when gambling was not legal and how Atlantic City became one of the most popular gambling spots in the country. This romance shares the history of casinos and gambling in America as old casinos were being torn down to make way for modern ones.

Waitress Sally, played by Sarandon, has a dream of working in a French casino and her gangster next door neighbor Lou, played by Lancaster, is involved with the mob as a sideline business. Enter Sally’s husband who has stolen drugs from the Mafia and character Lou finds himself in hot water. 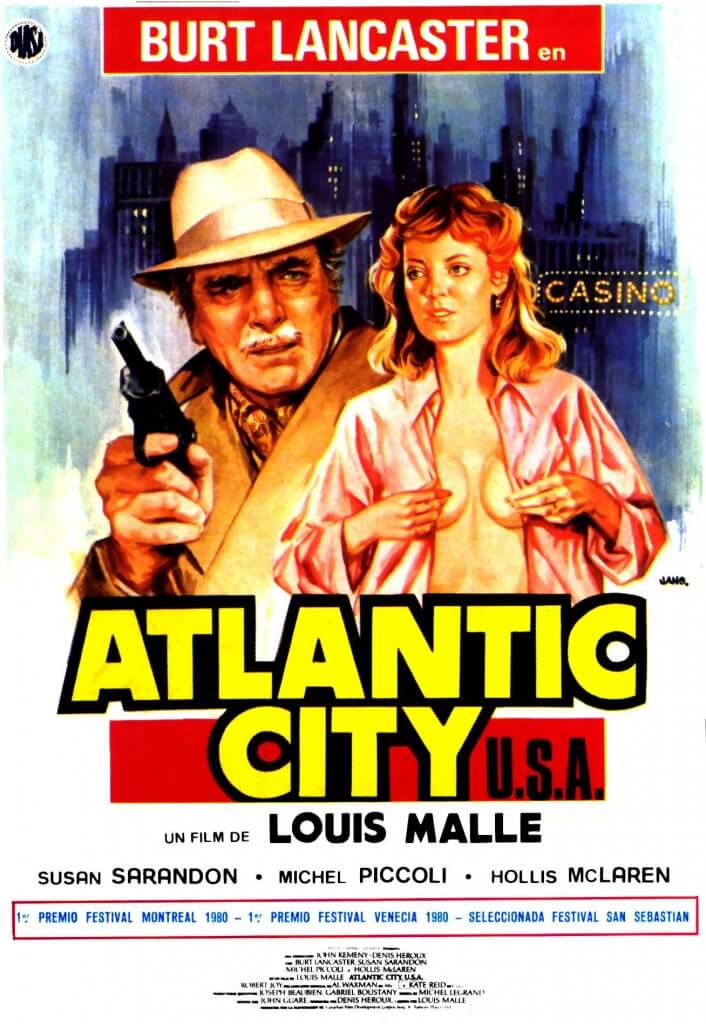 The Gambler (1974) is a crime drama about a literature professor who has lost all of his money to gambling. Starring James Caan and Lauren Hutton, Axel (Caan) finds himself borrowing money to support his habit but ends up with a debt of 40 000 dollars because he just can’t win or quit gambling. He loves the risk and plays to lose as that is what thrills him, leading a double life as both professor and obsessive gambler.

The original Ocean’s 11 film, released in 1960 is the story of Danny Ocean who rounds up his World War 2 friends to pull off the ultimate Vegas heist where the eleven friends plan to rob five Vegas casinos in one night.

Their plan meets with some challenges as a former gangster tries to interfere and make off with the money. With a star cast including Frank Sinatra, Dean Martin and Sammy Davis Jr. this film is a must see. There was a movie remake of this film in 2001 but the original is worth seeing.

Casino (1995) directed by Martin Scorsese featuring Robert de Niro, Sharon Stone and Joe Pesci is about two friends, a member of the mafia and a casino manager, who are fighting over a gambling empire and also a well-known socialite.

The film follows the story of casino manager Ace, played by De Niro and centers on mob involvement in the casinos of the 70s and 80s. The film is an adaptation of the book by Nicholas Pileggi by the same title.