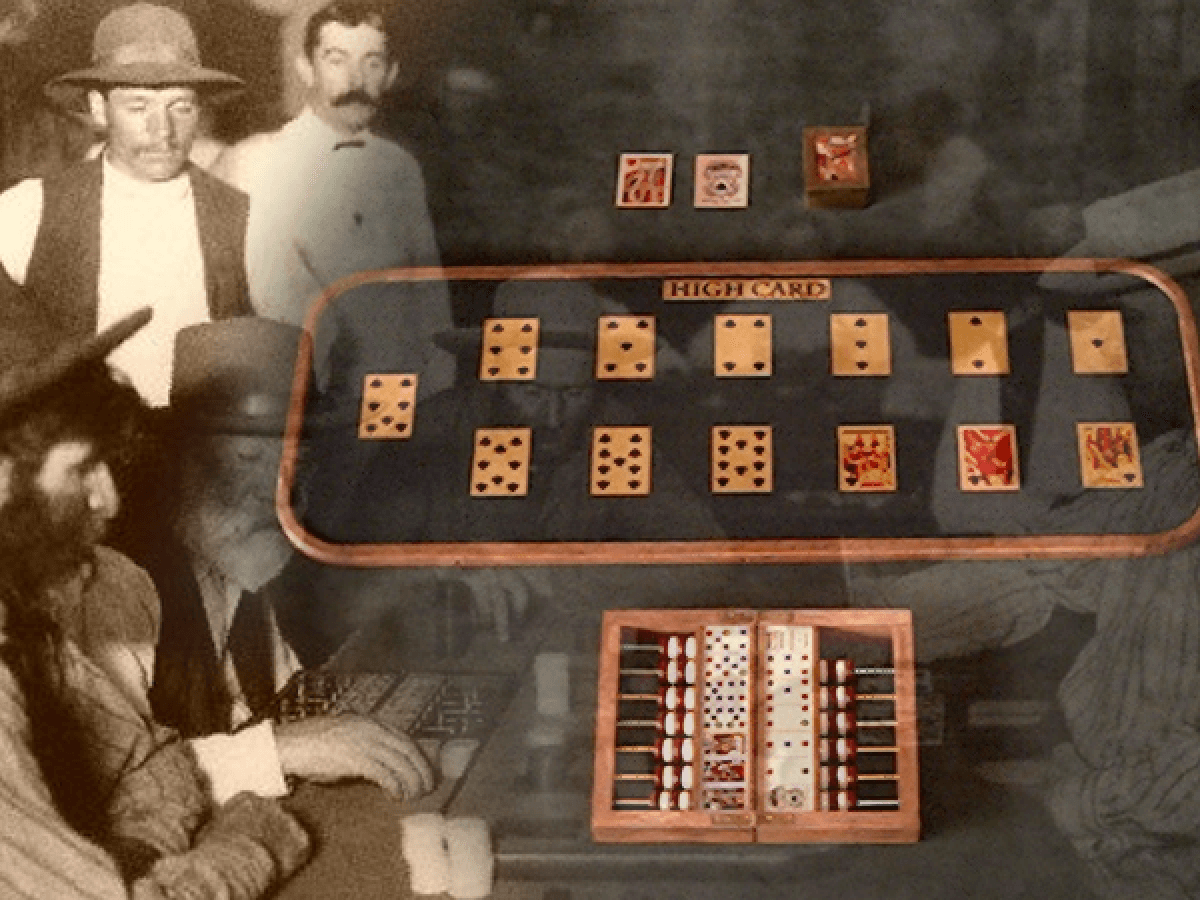 Faro originated in France, and requires counting skills from its players. It is played with an Anglo-American 52-card deck, and play will unfold in a clockwise direction. Playing time for each game is around ten to 15 minutes, and the game holds a medium random chance level. It is most akin to baccarat in terms of risk and play.

The History of Playing Faro

Faro, also known as Pharaoh or Farobank, is a French card game that has been used for gambling purposes since the 17th century. The game descended from one called basset, and is said to belong to the Monte Bank and lansquenet family of games due to the fact that it makes use of a banker along with several players. Players win or lose by cards being turned up by the banker, which match those that have already been revealed.

While not strictly a direct relative of the game of poker, this card game has been as popular as its more famous counterpart at various points throughout history thanks to the fact that is has a quick pace, its rules are very easy to learn, and it offers far better odds than the majority of games of chance. It makes use of only one deck of cards, and allows for any number of players.

The earliest reference to it was during Louis XIV’s reign. The game of basset became proscribed in 1691, and pharaoh emerged some years later as an offshoot of it before too becoming outlawed.

Play continued widely despite these bans, particularly in 18th century England, where it became known as pharo. Its name then became faro when it crossed to the United States of America in the 19th century, where it quickly became one of the most widespread and popular gambling games around. It was offered in almost every gambling den to spring up in the Old West during the 1825 to 1915 period, played at more than 150 different places in Washington, DC alone during that country’s Civil War.

Other Popular Names for Faro

The game was also called twisting the tiger’s tail, or bucking the tiger, in reference to the early backs of card that then featured a sketch of a tiger on them. By the middle of the 19th century this tiger had become so widely associated with the game that gambling districts where the game was played most often became known as tiger town, or, in the case of smaller areas, tiger alley. In fact, gambling houses would sometimes simply have a picture of a tiger displayed in their windows in order to inform interested parties that the game was available for play there.

The game’s detractors saw it as a perilous swindle that ended up destroying families and reducing men to abject poverty because of how often the dealing boxes were rigged. Rigged game equipment in fact became so popular that many bookmakers began supplying gaffed dealing boxes that had been designed specifically to assist the bankers in cheating the players. Cheating was so prevalent that versions of Hoyle’s Rules of Games began their section on faro with a warning to readers that honest faro banks were simply not to be found anywhere in the United States of America.